Woof im back again not much happened this week. No men with a long string, No lights left on. All doors shut properly.

My little friend Gizzy will be starting her page soon on XPRadio1 (I will have to get some pictures of her then you can see how pretty she is).

One thing that did happen this week Mummy was going to her other job on Tuesday she got changed into her uniform and just as she was driving her friend rang and said don’t come in till later which was good because when Mummy got home she realised she had left her purse on the office desk.

They asked me if I wanted to go for a walk and i jumped up and down to let them know that I did. If I had known they where taking me all the way down here I would of stayed at home it was a long walk for me and they didn’t even call for a beer on the home (which was probably a good idea considering Mummy had to out later). 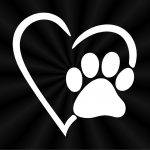